Last time we talked about the hurricane, how and where it formed (over warm ocean waters).  We mentioned hurricanes generally form from June 1 through November 30th in the Atlantic and May 1 to November 30th in the Pacific Ocean.  We talked about the surge of water that comes ashore with a hurricane, the storm surge and then mentioned the scale that measures the strength of hurricanes called the Saffir-Simpson.  Today we are going to investigate these storms a little more.

I get asked this question many, many times.  What is the difference between a hurricane, a typhoon and a cyclone?  The answer is, basically nothing except location.  In the Atlantic Ocean, the Gulf of Mexico and the eastern Pacific Ocean, these tropical storms are known as hurricanes.  In the western Pacific Ocean, these same storms are called typhoons and in the Indian Ocean, the Bay of Bengal and Australia these storms are called cyclones. So, same type storm, just named differently in different parts of the world. 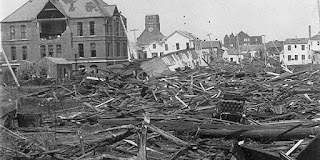 Years ago, there were no satellites, no radar, no TV, not even radios.  The major hurricane that hit Galveston, Texas in 1900 took the public by complete surprise.  There were a few reports being spread around that Cuba had a hurricane but that “news” was dismissed as hearsay.  While this storm was approaching Galveston, many curious folks went to the seashore to examine the angry seas.  Finally, the storm surge arrived on shore and washed thousands of onlookers out to sea.  In all, when the storm had passed, 16,000 people had lost their lives.  Today, that would never happen.  We have come so much further than back in those days.  In the 1950’s hurricane hunter planes began flying into the eyes of hurricanes.  One of my high school students, who was part of the weather club I organized at the high school, is now the director of research of the national hurricane center.  He is in charge of the hurricane hunter division.  He has asked me numerous times to fly with him into a hurricane on the hurricane hunter plane.  I refuse each time because I am chicken.  He does tell about some harrowing experiences he has had, but insists they have never had a passenger death or lost a hurricane hunter in over 60 years of flying into hurricanes. My student tells of his experiences, saying the flight is 95% boredom and 5% sheer terror.  Anyway, he has flown though the eye of hurricanes over 300 times.  These hurricane hunter planes usually fly into, through and around the eye of the hurricane at all levels to get very accurate readings concerning the storm and then send all the data back to the hurricane center where it is put into computers to improve the forecast of the future speed, strength and direction of the storm. 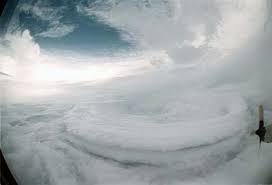 Of course, also being relayed back to the hurricane center are pictures of the storm from space.  Satellite imagery has improved greatly over the years.  As the storm gets closer to land, radar is then utilized.  Now they can get an exact fix on the location of the storm and track its exact movement.  Forecasts are then made and ready for distribution.  Again, one of my students from the high school weather program is the executive vice president of the largest weather corporation in the world.  Millions and millions of people are notified immediately by radio, TV, and internet that a storm is threatening their location.  Mandatory evacuations are issued in areas that are in eminent danger.  Never again will a hurricane “sneak up” on a location.  When storms are just beginning, they are picked up by the satellites and followed.  When then get closer to land, the planes fly out to examine them.  Then radar goes into play.  Computer programs forecast future movements…. we are well protected…. follow the watches and warnings. 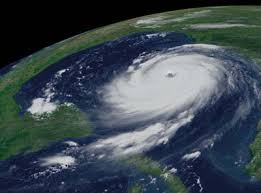 Usually a watch means a weather situation is possible in the next 12-36 hours.  A warning means a weather situation is expected in the next 24 hours.  For example, a hurricane warning means hurricane conditions are expected in your area within 24 hours and all precautions should be taken immediately, including evacuation if necessary.  Within the last 10-20 years, beachfront property has become a very popular location.  A major hurricane, category 4 or 5 will be catastrophic. Some people will refuse to evacuate, others may be unable to evacuate.  Time will tell how this is going to work out.  There are indications a major hurricane may threaten the east coast of the United States from September 17th to 19th, 2015.  That’s this year!  Of course, making an outlook like this is like shooting a bullet out of the sky with another bullet, but we will watch.
Posted by Gabe levinson at 12:53 PM