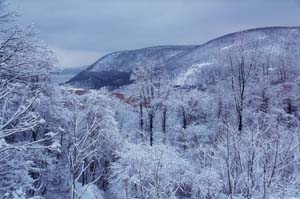 We talked about the year without a summer, 1816. Periodically we have periods of cold weather but that is not an ice age. By definition, an ice age is a period of long-term reduction in the temperature of the earth’s surface and atmosphere, resulting in the presence or expansion of continental and polar ice sheets and alpine glaciers. Within a long-term ice age, there are intermittent warm periods we call interglacial periods.  We are in an interglacial period right now.

Before we go too far into the talk on ice ages, it is important to put “time” into perspective.  I really don’t know when our universe was created, the so-called “big bang”.  Theory has it our sun was born approximately 15 billion years ago.  Our earth came into being some 5 billion years ago. When did man make his appearance on earth?  Well, let’s shrink the earth’s 5 billion year history into a single year.  Man did not appear in January, not even the beginning of December. On December 15th man still has not appeared on earth.  Not even on December 30th.  On December 31st at noon time, man is still not present.  At 11 pm, no sign of man.  At 11:59 pm still no sign of man.  The final seconds tick off on New Year’s Eve.   11:59 and 50 seconds, no man.  Finally, at 11:59 and 59 seconds man appears on earth.  Out of the entire year, man has existed on earth for only one second.  Having this in mind, it is easier to understand ice ages.

Seems like a long time to us, but geologically speaking it is only the blink of the eye.  Then about 3 million years ago, temperatures started falling as we entered another glaciation period.  We are still in the midst of the third major cooling period.  During this time, glaciers have advanced and retreated over 20 times, often blanketing portions of North America with ice.  Our climate today is actually a warm period between these many periods of glaciation.  The most recent period of glaciation, which many people think of as “the ice age” was at its height approximately 20,000 years ago. About 10,000 years ago, the earth began to warm up.  Currently, all that remains of the continental ice sheets are the Greenland and Antarctic ice sheets and a few smaller glaciers.  A typical interglacial period lasts about 12,000 years.  Are we about ready to begin to slide into another glaciation period?  Scientists differ on this.  Some say it is just around the corner, others say it is 28,000 years off, others say it is 50,000 years in the future.
We should consider ourselves extremely lucky.  The majority of the time, the earth is in the midst of “an ice age”.  Everyone living on earth today has been blessed with, as they say, a “friendly sun”. 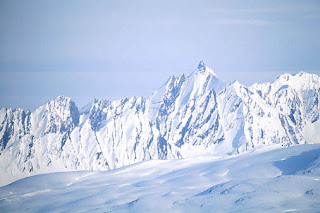 The question always comes up about climate change.  Does the climate change?  Of course it does.  Are human beings responsible for these changes?  Well, as mentioned earlier in this blog, many times in the past the earth has been much warmer than it is today.  Mankind was not around to cause that warming. Perhaps we can influence the climate to a small degree, but I think climate changes because of factors way beyond our control. Could we stop the tide from coming in?  Could we stop lava from coming out of a volcano?  Could we change the course of a hurricane?  No, of course not.  Climate change occurs over millions and millions of years. 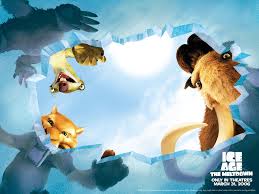 Next week I will examine some of the theories put forth explaining the causes of ice ages.  None have been so plausible as to be able to predict the next ice age.