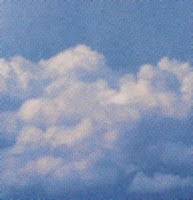 Spring is here and for the eastern half of the country it has been some winter.  Very cold into the deep south and plenty of snow up north.  The sun is now advancing slowly northward and hot weather will be upon us. Hello to another weather phenomenon, the thunderstorm.  We are all familiar with thunderstorms, heavy rain, gusty winds, lightning, thunder and even sometimes hail.  Let’s take a closer look at a thunderstorm and see what causes it. 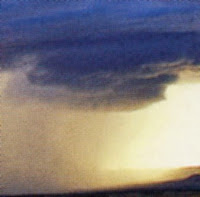 Basically you need heat, cold and moisture.  Specifically, very warm or hot air at the surface, plenty of moisture available and a very important ingredient cold air in the upper atmosphere.  When it is hot at the surface and cold aloft, we say the atmosphere is unstable.  So, here We go…on a hot summer afternoon, surface temperature readings in the 90’s, the surface air is very moist, the air begins to rise.  As long as this Parcel of air is warmer than the air surrounding it, the air will continue to rise.  As this air rises higher in the sky, the upper air surrounding the parcel continues to be colder and colder.  This causes the air to continue to rise.


The air will rise until the air surrounding this parcel is the same temperature as the parcel.  If, however, the upper atmosphere is cold all the way up to 60,000-70,000 ft. The parcel will rise that high.  Also, remember the surface air contained a great deal of moisture.  Well, air is like a sponge, warm air can hold a large amount of moisture, however, as the air gets colder, it is like squeezing the Sponge.  Water is released,  if you squeeze the sponge quickly, a great deal of water is released at once….a Heavy downpour.  So, in general, rising air causes clouds and precipitation because rising air expands and cools  and can not hold as much moisture as warm air can. That explains the rainfall during a thunderstorm…what about the lightning and thunder?  Let’s forget mathematics etc and explain these features in a very down to earth fashion.   In a thunderhead cloud, also called a cumulonimbus cloud, there is plenty of water vapor.  Water, as you know, is h20 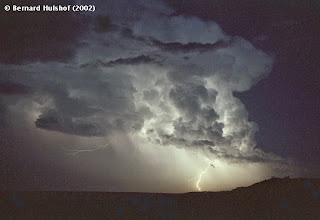